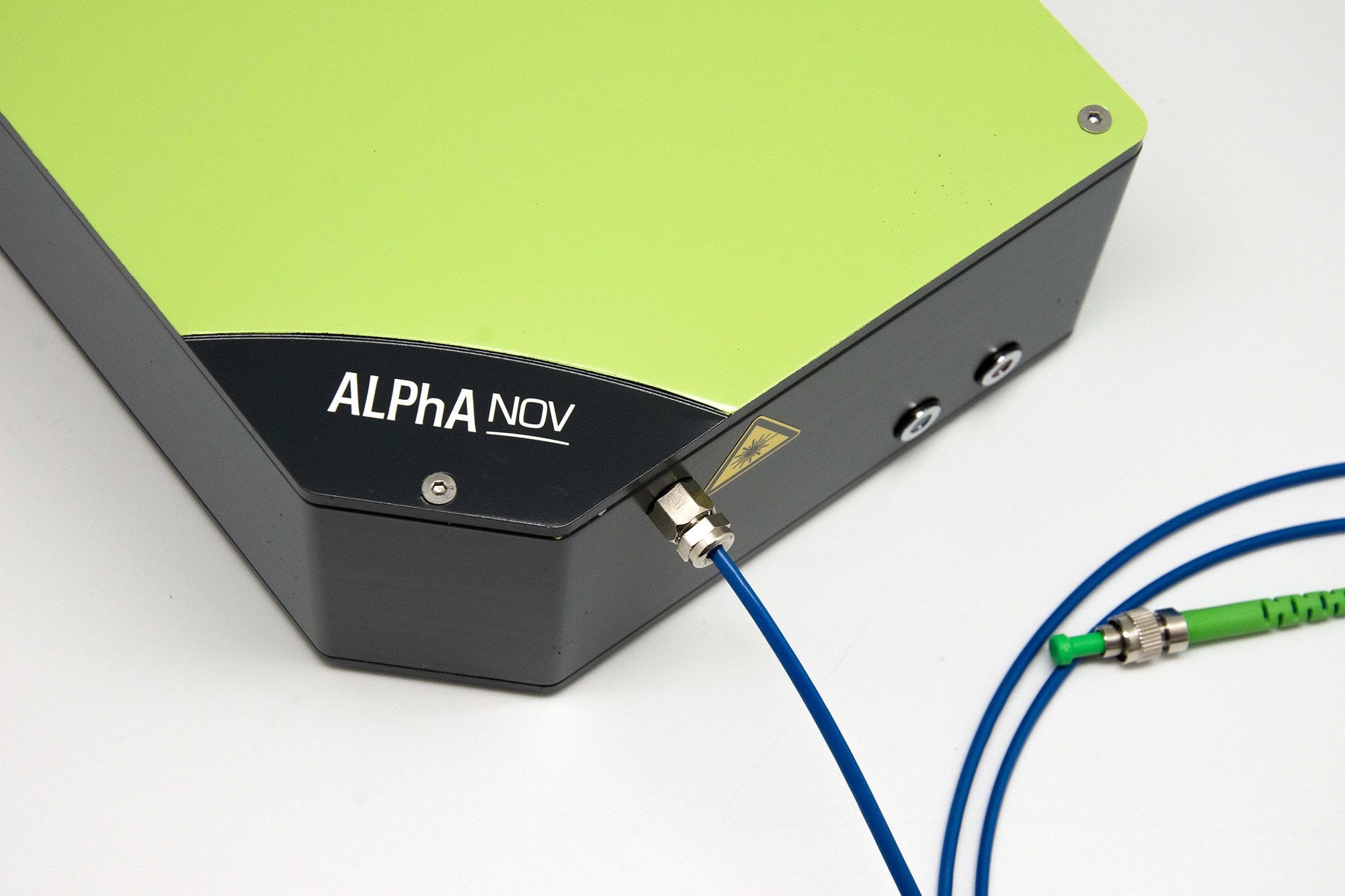 Following on from recent projects, ALPhANOV has developed an innovative “SESAM-free” fibre oscillator. This oscillator could quickly replace conventional oscillators and thus increase the lifespan of laser systems, often limited by the rapid damage of SESAMs.

Frequently used in many industrial and scientific fields, such as high-precision micromachining and microscopy, femtosecond fibre lasers are still at the heart of much research. Indeed, the latter are intended to meet the growing needs of prolonging the life of these fibre lasers. Until now, and in order to enable mode-locked status, the technology used was based on a saturable and absorbant semiconductor mirror called SESAM. However, this technological brick has a short lifespan depending on the laser regime used.
In order to overcome this limitation, several approaches have been studied, all based on the Kerr effect, such as polarization rotation management, or the Sagnac loops (also called Figure 8 because of its geometry). Following these studies, ALPhANOV recently developed a laser architecture based on an original approach in Figure 8.

Thanks to their research, ALPhANOV engineers were able to produce a laser delivering pulses of 178fs at 1030nm with an energy of 1.2nJ and at a high repetition rate of around 52 MHz. The characteristics of this laser allow it to constitute an interesting alternative to the conventional cavities created using a SESAM. This work, recently published in Laser Physics Letters, will soon make it possible to complete the PULS laser series offered by ALPhANOV.